When a woman took her dogs to a park in the United Kingdom, she had no idea it would end up being a traumatic experience for one of her dogs. Chester, a Springer Spaniel, was out playing in the Buxton Country Park when he got the cold shoulder from a statue of a man within the park grounds.

Debby Taylor was out with her dogs in Buxton when one of her dogs decided to play fetch with a nearby statue. Confused, Chester couldn’t figure out why the man was not responding. The man, posed seated with his arms crossed, just stared straight ahead. 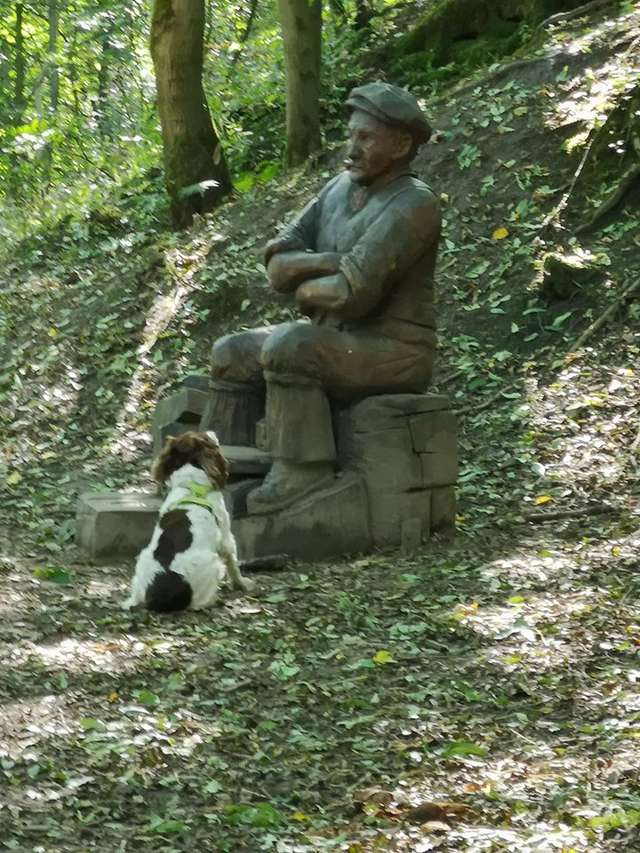 Debby’s other puppies didn’t seem bothered that the man was just a statue. But poor Chester was crushed. Debby said she and her dogs had passed the wooden figure, and then she realized Chester was not with her. She looked behind her and saw her Springer Spaniel sitting at the foot of the statue.

Chester had taken a tree branch and dropped it at the statue’s feet. Chester was looking for a fetch partner. The poor dog was mystified when his new playmate wouldn’t throw the branch back. Check out the adorable video below:

It was even funnier watching it 😂😂😂xx

Debby said she was in hysterics when she saw what her puppy was doing. The Springer Spaniel would sit and wait for the inanimate man to react. When the dog got no response, he went and picked the branch up and threw it back down again. The dog would then back up, hesitantly. At one point, Chester lies down, waiting patiently.

Chester continues to pick up the branch and lay it back down, urging the statue to engage. This little pup is not willing to give up! Debby can be heard cracking up while filming the funny moment. 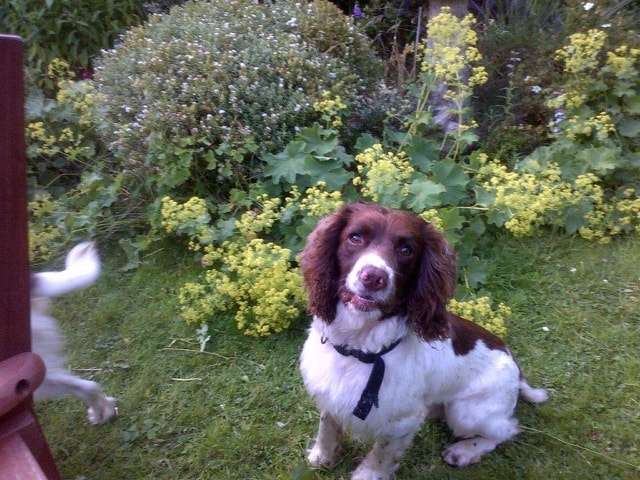 Debby said her family refers to Chester as “Mr. Sociable.” Ms. Taylor added that her Spaniel will interact with anyone and is constantly looking for someone to play fetch with him. 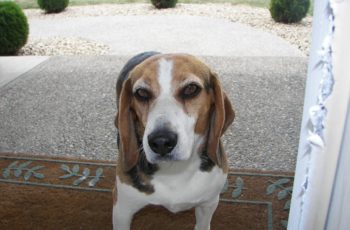 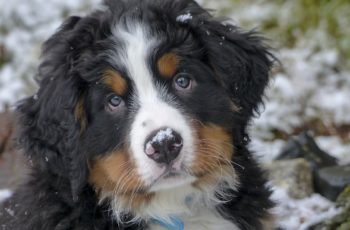