Home
Dog Videos
Pup Realizes His Owner Is Feeding Him Invisible Treats, And His Reaction To It Makes Netizens Smile
Advertisements
Advertisements

Many people on social media have come up with different fun and smart challenges involving their dogs. Some try to gauge their dogs’ reactions by giving them a little amount of food. Other dog parents attempt to make their pups join their exercise routine.

A quite mischievous dog owner jumped on a social media trend where the dog would be fed imaginary treats. And he didn’t fail to get a hilarious reaction from his pup.

The dog attempts to enjoy an imaginary treat

A video clip, which was circulated on Facebook, featured a dog owner pretending to give his dogs some tasty treats. Initially, the cute canine tried to eat the invisible treat. But after a few attempts to eat the treat, he then understood that he was being tricked.

Then what followed was the dog’s funny reaction to his owner’s treachery. The pup immediately looked visibly angry. He even growled when the owner extended his empty hand towards the pup. The caption of the video insinuated that the dog felt like his human was insulting his intelligence.

The netizens are in stitches

The dog’s reactions to his owner’s mischief made the people online laugh. As of this writing, the video clip has 14 million views, 644K reactions, and 59K comments on Facebook.

One commented that the nameless dog was so cute, but she pleaded not to insult the dog. Another said that she tried doing the same trick with her dogs and that her pups never gave up hope. This might mean that the dogs were still trying to eat something from her hands even if there was actually nothing in her.

On the other hand, some netizens were quite concerned. One said that dogs weren’t supposed to be teased, as they might lose trust in their humans. Another said that betrayal might be viewed as a punishment by the dog. 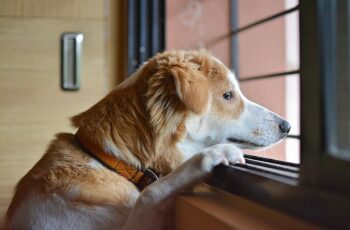