On July 22, 2017, the 22nd Annual Wienerschnitzel Wiener Dog National Races were held in California. The goal of the race is to build camaraderie among dachshunds. But if there were one contestant that caught the attention of the organizers and the participants, it would be Lady Bug.

Lady Bug is a dog with a fantastic story. For one, the dog was dumped by her former owners at a local shelter in Riverside, California. This happened at the celebration of New Year’s eve. Add to this is that the pooch was injured. Later on, the veterinarians learned that the pooch would be paralyzed for her whole life.

Lady Bug got a chance at life when the volunteers from the Los Angeles Dachshund Rescue adopted her. After staying in the animal shelter for four months, the pooch got transferred to the care of the California Animal Rehabilitation (CARE).

The goal of the rehabilitation is to help the pooch overcome her condition. For several months, the volunteers from CARE took the initiative to address the dog’s paralysis problem. The dog underwent a series of physical therapy sessions, acupuncture, and underwater treadmills. The goal of the treadmills is for Lady Bug to regain the strength of her legs.

In no time, Lady Bug started to walk again. In just two months of therapy sessions, the pooch showed progress and signs of healing. At first, the volunteers were shocked by the swift development, but at the same time, felt happy for the pooch. 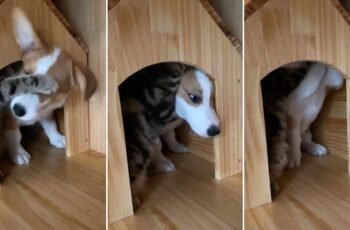 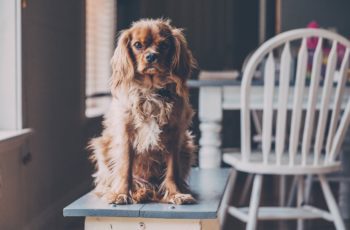