Dogs are naturally playful and irresistible, and nothing could stop them from persuading you into playtime, not even a church service! That was the exact scene at a Sunday mass at the Nossa Senhora das Dores parish in Brazil earlier this month.

A random dog casually sashayed his way inside the church right in the middle of the Sunday service. The pooch was pretty ecstatic and jolly upon seeing the crowd, and with the dog’s playful demeanor, it was clear that the little angel was not there to attend the service at all.

The dog walked around the pews as if looking for the perfect playmate. When he saw that nobody was paying him any attention, he then headed to the altar and started destroying the flower arrangements, hoping that someone would finally notice him. The naughty pooch succeeded when he caught the attention of Father José Geraldo Sobreira who walked up to him and gave him sweet pets.

Seeing that the priest was pretty available for playtime, the pup decided to stick with him throughout the service. He stood by the priest during his sermon and even continued following him when he sat down during the readings. He comfortably laid at the foot of the priest and played with his robes.

Father José was not irritated one bit. In fact, instead of shooing him away, the priest was spoiling the pooch with belly rubs and pets. He was clearly enjoying the company of the adorable four-legged parishioner. The other priest at the altar was already giggling at the charming playfulness of the dog, and the whole church was watching the entire encounter with a grin on their faces.

Luckily, the playful moment was captured on camera and uploaded on the parish’s Facebook page. The post immediately spread like wildfire and reached more than 7 million views! Well, with a charming personality like that, who wouldn’t be in love? 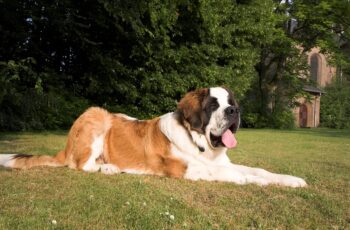