It’s not uncommon to see couples disagree when it comes to disciplining their dogs. Dog expert Victoria Stilwell had worked with a lot of couples whose relationships were tested because of dogs. During those times, she acted both as a dog trainer and a relationship counselor.

Denise and Mark owned several cats and dogs. Their constant source of argument is when their dog barks non-stop. Denise wants the constant barking to stop, but Mark doesn’t think it’s a big deal. Victoria tells Mark that he should take his dog’s bad behavior seriously.

The couple’s dog named Casper is always distracted by several things when he is out in the backyard. He would bark when birds fly by, and even when vehicles pass. Victoria demonstrated a simple solution to the problem.

The trainer used a specific type of dog toy to stimulate Casper’s mind. Victoria showed how to use treats with the toy to keep Casper occupied. Mark and Denise were amazed by what they saw. Their dog ignored everything around him and just focused on the toy.

Mark and Denise’s attitude towards each other shifted once they saw what Casper was doing. They realized that there are simple fixes to their struggles. Of course, the dog trainer did not stop with just one solution.

Victoria likes to present multiple training methods for her clients. She introduced a sport called “Earthdog” to the couple. It’s a sport for terriers which involves going through tunnels.

The trainer brought some improvised wooden tunnels to show the couple how the sport is done. The goal was to have Casper move from one end to the other. At first, the dog was hesitant, but we a little coaxing, he was able to pass through.

The toys were used for mental stimulation while the sport was for physical stimulation. Casper won’t be too distracted by his surroundings anymore when he is constantly stimulated by something else. As long as Denise and Mark are consistent with training, their issue with Casper is solved.

Video courtesy of It’s Me or The Dog via YouTube. 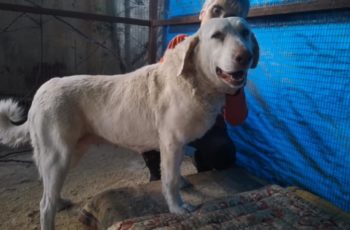 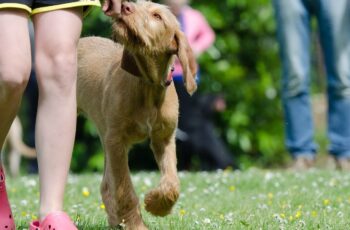