Breaking up with an abusive partner is one of the hardest things to do because the angry party would do everything to punish the one who called it done. This is what happened to a woman when she finally mustered the courage to stand up against her abusive partner. However, the boyfriend did not make it easy for the girl because the former stole and abused the woman’s dog.

The dog that received the man’s ire was Ruby Jean, who, according to the dog’s mom, was a gorgeous Doberman Pinscher. Based on reports, Ruby Jean got abused by the woman’s ex-boyfriend after deciding to break up with him. The abuse did not stop there because the man decided to steal the dog and never return her to the rightful owner.

This incident left a psychological effect on the woman, so she did everything to save Ruby Jean. Fortunately, Ruby Jean was also a fighter who overcame the man’s abuse. Although the dog’s story began terribly, it ended with a happy ending.

In the United States, doorbell cameras are a modern security feature in most houses. Fortunately, Ruby Jean’s mom had this on her door because if not, she would not have known that it was her ex-boyfriend who stole her beloved pet.

At that time, Ruby Jean was clueless, and since the dog knew the man, the dog went with him. When Ruby Jean’s mom got home and found out that the dog was not there, she immediately checked the footage from the doorbell’s cameras. There she saw that it was her embattled boyfriend who took the dog.

Later on, the woman reported the incident to the Slidell Police, and the latter immediately began their crackdown against the woman’s ex-boyfriend. Fortunately, authorities found leads of the man’s whereabouts and rescued the dog.

Credits to Now This News. 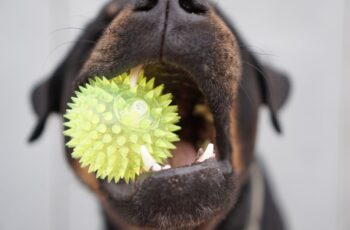 Dog owners enjoy it when their beloved pets learn a … 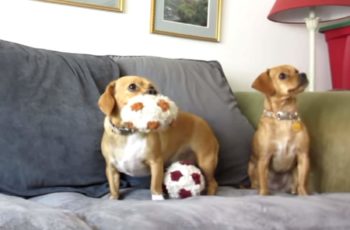