A dog can get injured when he tries to push open a kennel door. Due to the force, they can get broken bones or tissue damage. This is what happened to a Golden Retriever named Scout.

After Scout tried to open his kennel, his family saw that he was limping. They were very concerned, thinking that he might have some broken bones. Scout’s family immediately brought him to the hospital to be checked.

Dr. Blue was the attending vet, and he did a few tests to see which part of Scout’s leg was broken. He even let Scout walk across the hallway to see if he was in pain.

One sign of a dog in pain is when he bobs his head when he walks. The canine throws his head back every time he steps on the affected foot.

Scout was bobbing his head as he walked down the hallway. This confirmed the doctor’s assumption that Scout was in pain. Dr. Blue checked the x-rays to know the cause of the pain.

The doctor saw that there were no broken bones, but there is a presence of inflammation. The presence of soft tissue damage was also evident. The doctor’s main goal would be to lessen Scout’s pain.

Thankfully, Scout gets to go home and will only be under pain medication. His family was advised to observe his activities. He also needs to get back to the hospital after two weeks to get reassessed.

After two weeks, Dr. Blue saw Scout again, and this time, he was walking better. He wasn’t bobbing his head anymore. This means that he was not in any more pain.

His pain medications worked, and his leg has healed beautifully. Scout now gets to be the energetic dog that he always was.

The family is very thankful for Dr. Blue for making their beloved Scout feel better. They get to see his playfulness again, and that’s all that they ever wanted. 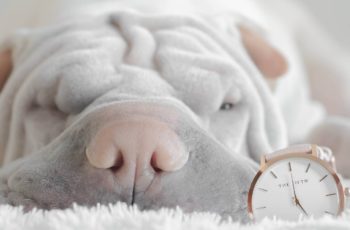